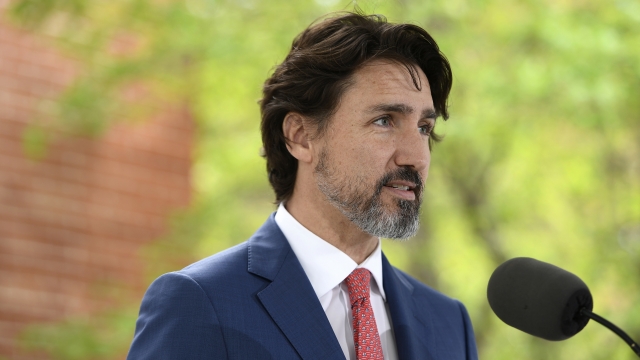 A ban on nonessential travel will now last until at least June 21.

Canada and the U.S. have agreed to extend a ban on nonessential travel until June 21. Canadian Prime Minister Justin Trudeau made the announcement on Tuesday.

"This is an important decision that will keep people in both of our countries safe," Trudeau said.

President Donald Trump confirmed the agreement but said he's looking forward to the closure ending so things can "get back to normal."

The restrictions were first imposed in March and were extended in April; they were set to expire on Thursday.

"It was the right thing to further extend by 30 days our closure of the Canada-U.S. border to travelers, other than essential services and goods, but we will continue to watch carefully what's happening elsewhere in the world and around us as we make decisions on next steps," Trudeau said.