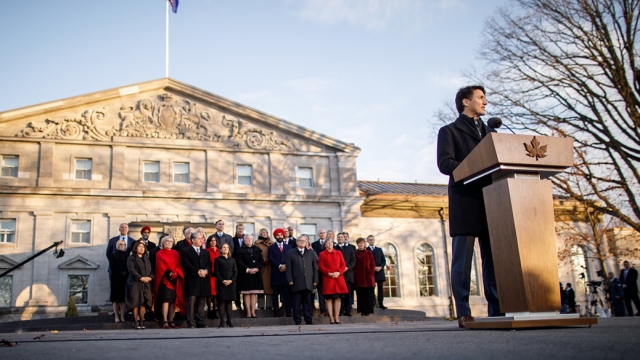 This came after President Trump ordered manufacturing giant 3M to ramp up production and halt all shipments of N95 respirators to other parts of the world.

But 3M said in a statement, "There are significant humanitarian implications of ceasing respirator supplies to healthcare workers in Canada and Latin America, where we are a critical supplier of respirators ... This is the opposite of what we and the administration, on behalf of the American people, both seek."

While Trudeau searches for other ways to purchase crucial medical supplies, he says Canadian officials are in talks with the Trump administration, urging them to leave the border open for trade.

Trudeau told reporters that Canada has an enormous amount of medical supplies that are essential for the U.S. and its fight against Covid-19 and he wants to avoid any escalation between the two countries.

Trudeau said, "We are not looking at retaliatory measures or measures that are punitive. We know that it is in both of our interests to continue to work collaboratively and cooperatively to keep our citizens safe."

Relations between China and Canada have been shaky since a Chinese national was arrested while visiting Vancouver in 2018. But Canada offered a helping hand earlier this year when it shipped loads of medical supplies including protective gear and masks to assist China in its battle against the coronavirus outbreak.