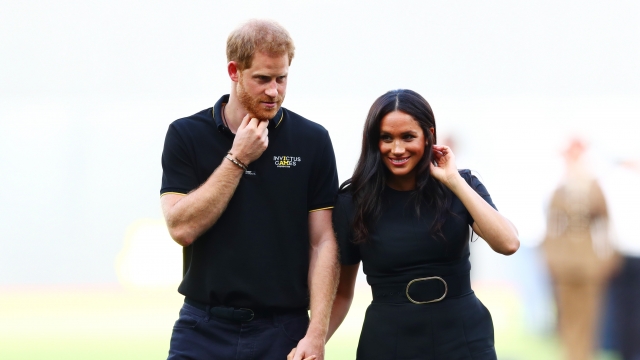 SMS
Canada To Soon Stop Providing Security For Harry And Meghan
By Katherine Biek
By Katherine Biek
February 28, 2020
This change stems from the couple's decision to step back from their royal duties. That will officially happen on March 31.
SHOW TRANSCRIPT

Prince Harry and his wife Meghan, the Duchess of Sussex, will soon no longer have security provided by the Canadian government.

This change stems from the couple's decision to step back from their royal duties. That will officially happen on March 31.

The Royal Canadian Mounted Police have been "intermittently" assisting U.K. police with Harry and Meghan's security detail since they took a six-week holiday break in Canada last year.

But the Canadian Office of Public Safety told news outlets that will change once the couple stops carrying out official duties for the Queen.

The decision should sit well with Canadians. A poll conducted by the Angus Reid Institute back in January found nearly three-quarters of the country believed taxpayer money should not be used to fund the couple's Canadian security.

Because Harry and Meghan will continue to be classified as "internationally protected people," the Metropolitan Police Service will meanwhile continue to provide armed security for them when they're in the U.K.