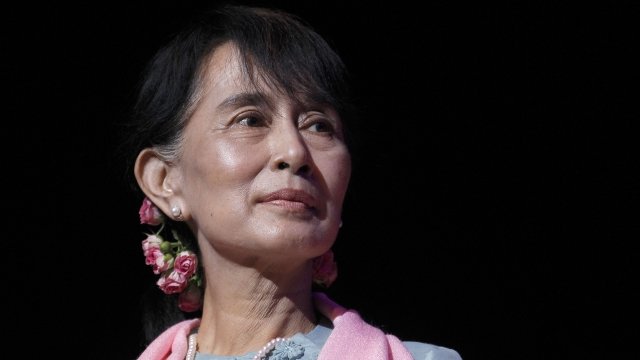 By Katie Cammarata
October 3, 2018
A U.N. report on the Rohingya crisis criticized Suu Kyi in particular for not using her political power to stop human rights abuses.
SHOW TRANSCRIPT

She's the first person to ever have it removed. The country's House of Commons unanimously voted to revoke it last week, and the Senate unanimously passed the measure on Tuesday.

The vote came after a recent U.N. report that called human rights violations against the Rohingya Muslims in Myanmar the "gravest crimes under international law." The report also said Myanmar's top military leaders should be investigated and face charges of genocide, crimes against humanity and war crimes.

The U.N. report criticized Suu Kyi in particular for not using her political power to stop the abuses.

In September, Canada's House of Commons passed a motion condemning Myanmar's treatment of the Rohingya.

Suu Kyi was given the honorary Canadian citizenship more than ten years ago. She's one of only six people to receive it.