Canada's Immigration Site Crashed During The Election; It's Still Down 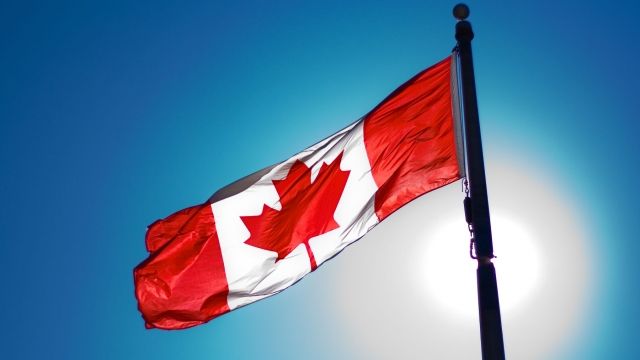 If you're thinking of packing up your belongings and moving to Canada now that the election is over, you're going to face a slight problem — the country's immigration website is down.

It crashed Tuesday evening as election results started to roll in. The site was still down Wednesday morning.

Lots of Americans said they would move to Canada if Donald Trump became president.

Google searches for "how to move to Canada" first spiked after the Super Tuesday primaries in March. There was even a website launched that encouraged Americans to move to Cape Breton Island in Nova Scotia.

It appears this wanting to move out of the country thing happens quite a bit, though. And not just in America.

People searched "how to emigrate" and "move to Ireland" on Google after the U.K. voted to leave the European Union in June.

Any person with a parent or grandparent born in the Republic of Ireland or Northern Ireland has an automatic right to citizenship. One person applying for citizenship told the Irish Times, "I've always been proud to be of Irish heritage but I never thought I'd have to rely on it for proper access to the EU."

As of early Wednesday morning, the Canadian government had not yet acknowledged its immigration site was down.