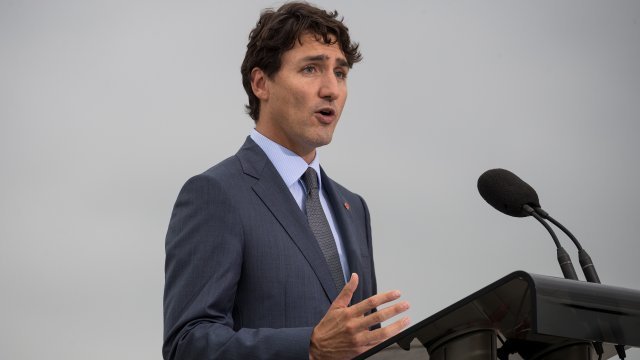 SMS
Canada Re-enters NAFTA Negotiations
By Gabrielle Ware
By Gabrielle Ware
August 28, 2018
Canada's foreign minister has said her country "only sign a new NAFTA that is good for Canada and good for the middle class."
SHOW TRANSCRIPT

The U.S. and Mexico announced a trade agreement Monday that could change key parts of the deal. But it wasn't clear where that left NAFTA's third party, Canada.

In regard to Monday's deal, Prime Minister Justin Trudeau said Canada has "been encouraged by the progress made by our NAFTA partners."

Freeland has said Canada would "only sign a new NAFTA that is good for Canada and good for the middle class."

President Donald Trump has threatened the country with tariffs if all three parties can't come to an agreement, but U.S. officials are reportedly optimistic that a deal will be reached this week.