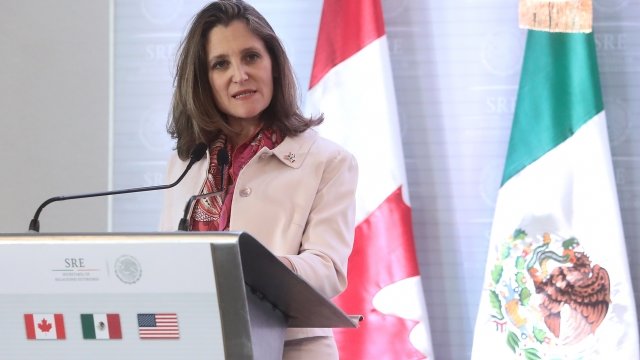 Canada and Mexico released statements Friday afternoon to give an update on negotiations toward a new NAFTA.

"We're not there yet," Canadian Foreign Minister Chrystia Freeland said in reference to a win-win-win deal for the U.S., Canada and Mexico. She said Canada wouldn't sign a deal unless it was "good for Canadians."

She also said U.S. Trade Representative Robert Lighthizer and his team had come to the table "in good faith." Freeland would not disclose details of the discussions, though, saying she had agreed not to negotiate "in public."

Mexico's Economy Ministry released a statement saying negotiations with the U.S. had taken a "step forward," but Mexico would continue "to promote an agreement to which Canada is a party."