Canada Just Changed Its National Anthem To Be Gender Neutral 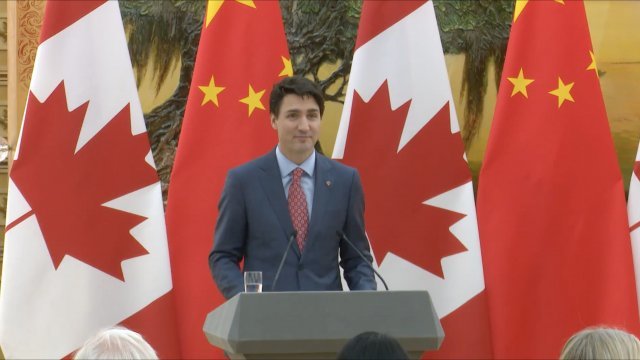 A bill passed the country's Senate that would change one of the lines from "in all thy sons" to "in all of us." Prime Minister Justin Trudeau called the move "another positive step towards gender equality."

Fun fact: The original version of "O Canada" was gender neutral, but the lyrics were later changed. Since it officially became the national anthem in 1980, 12 bills have been introduced in the House of Commons to get rid of the newer gendered language.

The bill, which was approved Wednesday, was introduced in 2016. But opposition from Conservatives slowed down its passage.

Now, Governor General Julie Payette has to give the measure a "royal assent" as a formality before the change can go into effect.