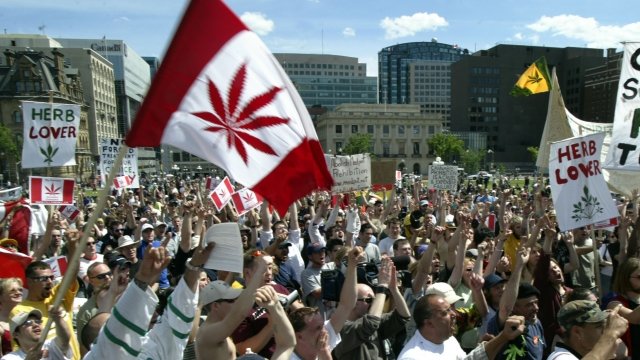 The House of Commons voted 52-29 for the Cannabis Act on Tuesday. That's after it rejected 13 different amendments to the bill.

This most likely means people in Canada will be able to purchase marijuana and cannabis oil from retail stores and on online by mid-September. Adults will also be allowed to possess 1 ounce of dried marijuana in public.

The minimum age to purchase is 18, and those caught selling to minors could go to jail for up to 14 years.

Prime Minister Justin Trudeau will decide exactly when the law will go into effect, but it'll take Canada up to 12 weeks to prepare. He said on Twitter Tuesday: "It's been too easy for our kids to get marijuana — and for criminals to reap the profits. Today, we change that."