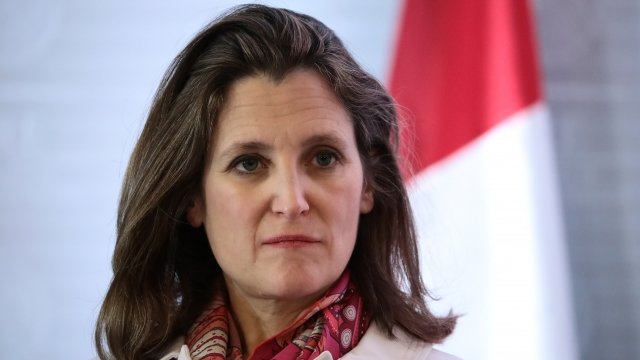 Canada's foreign minister says the country will launch a campaign to get two of its citizens released from Chinese custody.

Canadian Foreign Minister Chrystia Freeland said ambassadors would be reaching out to governments around the world. The U.S., U.K. and EU have already issued statements in support of Canada.

But Canada speculates that the arrests were made in retaliation for its detainment of Huawei CFO Meng Wanzhou.

The Chinese tech executive was arrested in Canada earlier this month at the request of the U.S., where prosecutors allege she played a role in covering up Huawei's dealings with Iran in violation of U.S. sanctions. She could face up to 30 years in prison if convicted.

Meng was eventually released on bail, though she is considered a flight risk and must follow strict rules while awaiting extradition.

Freeland said Canada is "conducting a fair, unbiased and transparent legal proceeding with respect" to Meng. She called for China to release Kovrig and Spavor immediately and emphasized that "Canada will not compromise nor politicize the rule of law and due process."