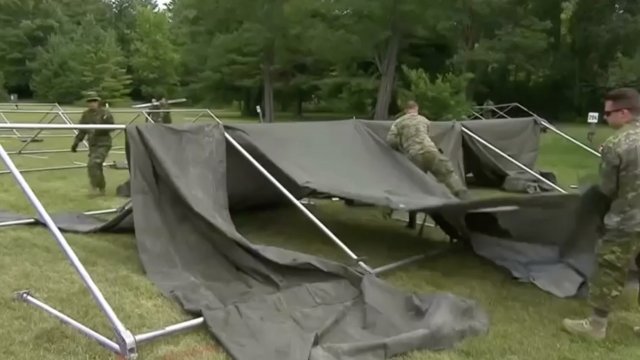 SMS
Canada Struggles To Help Influx Of Haitian Asylum-Seekers From The US
By Briana Koeneman
By Briana Koeneman
August 10, 2017
Canadian soldiers were deployed to build a 500-person tent village near the U.S.-Canada border.
SHOW TRANSCRIPT

Every day, hundreds of asylum-seekers cross into Canada from the U.S. And authorities there are struggling to handle the influx of people.

This week, about 100 Canadian soldiers were deployed to the border between the province of Quebec and the state of New York to build a 500-person tent village equipped with lighting, heating and flooring. The site will temporarily house asylum-seekers as they wait to be processed.

Since the beginning of the year, there's been a significant increase in the number of migrants trying to enter Canada at unofficial crossings. 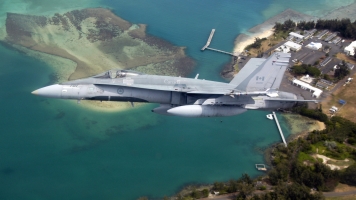 Canadian officials say many of these migrants are Haitians who were living in the U.S. for years. After the 2010 earthquake in Haiti, many there fled to the U.S. and enjoyed temporary protected status. But that designation could soon expire.

The Canada Border Services Agency told CBC News on Wednesday 700 people were waiting to be processed at just one crossing. Wait times have gone up from a few hours to a few days, and asylum-seekers have had to wait on benches and chairs.

But the problem isn't just at the borders. Authorities in Montreal have opened welcome centers for new arrivals in the city's Olympic Stadium, in an old hospital and in a former convent.