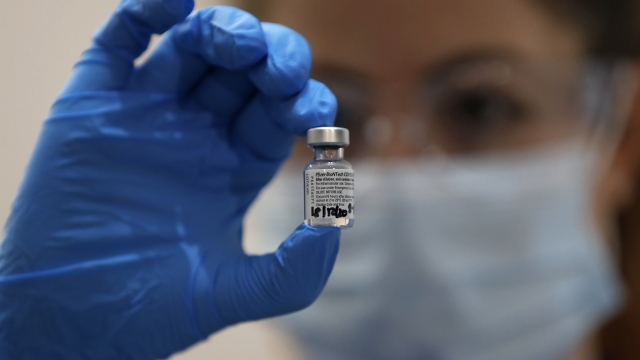 SMS
Canada Authorizes Use Of Pfizer-BioNTech COVID-19 Vaccine
By Gage Jackson
By Gage Jackson
December 9, 2020
Canada is now the second country to authorize use of the vaccine after the United Kingdom began administering shots on Tuesday.
SHOW TRANSCRIPT

Canada will be the second country to put the vaccine to use.

It will receive up to a quarter million doses this month with millions more coming later on.

The Pfizer vaccine requires two shots, given three weeks apart. It also has to be stored at extremely cold temperatures, which could create some difficulties in distribution.

U.S. regulators are set to discuss granting emergency approval to the vaccine this week.