The Omarosa Drama Is Putting Trump's Nondisclosures In The Spotlight 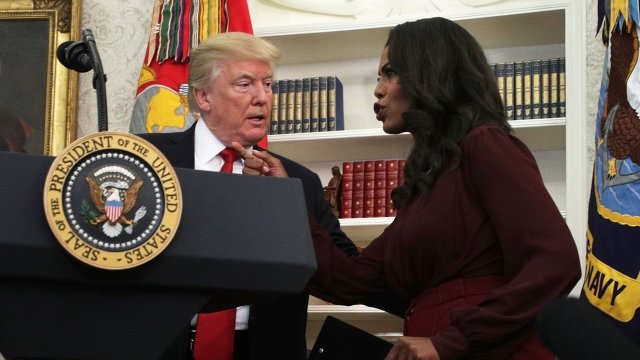 The latest drama between former Trump staffer Omarosa Manigault Newman and the White House has been heating up as she's hit the road on her book tour. Now the Trump campaign is filing for arbitration against Newman, alleging her book about her time working on the campaign and in the White House violates a nondisclosure agreement she signed.

"[It] prohibits her from disparaging Trump, his family, his businesses through the services of the campaign. And then it has a kicker of, like, 'and all times thereafter,'" Mark Zaid, a national security lawyer, told Newsy.

The fallout between Trump and his former "Apprentice" villain Omarosa has been a bit of a surprise and sparked from that tell-all book accusing the president lying and using racial slurs. The two have known each other for 15 years, since the first season of Trump's reality show, and have remained close until she was fired from White House earlier this year.

It's been reported before that people on the Trump campaign and in the White House have signed NDAs promising they won't disparage Trump, his family or businesses, among other things, but the White House hadn't really confirmed it until now.

To be clear, the White House isn't part of the arbitration; Omarosa says she never signed an NDA after joining the administration. But it's pretty clear other White House employees have signed NDAs, which the White House is trying to play off as normal procedure.

On Tuesday, Sarah Sanders said, "Despite the contrary opinion, it's actually very normal, and every administration prior to the Trump administration has had NDAs." 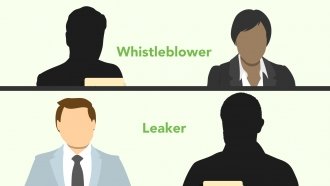 The Trump White House NDAs seem to be pretty broad in scope and basically give Trump a lot of leeway in deciding what's covered. That's not normal, and it might not even be legal.

"If they think it disparages them or is confidential in their view, that's it. I don't think any NDA that would purportedly apply to White House federal service will hold up as constitutional. It's a different story with respect to the campaign," Zaid said.