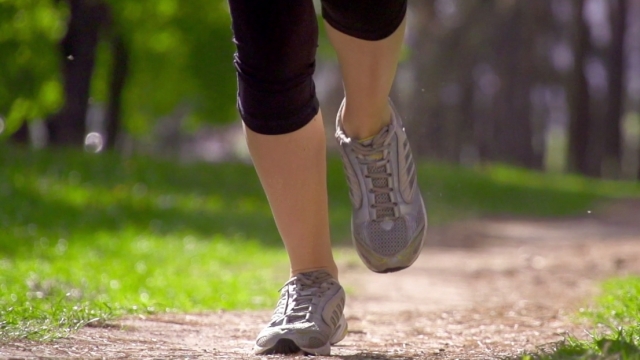 Pretty much every doctor and health researcher agrees: Running and other forms of cardio exercise are great for your overall health. But can too much cardio be a bad thing?

It's a fairly new phenomenon, but extremely healthy runners, cyclists and other types of endurance athletes across the world have died from heart complications while competing. And those complications may be from all that exercise.

But let's be clear who we're talking about here. Runner's World estimates the average runner training for a marathon will probably only log 30 miles to 50 miles a week. Elite runners training for the same race could cover 100 miles to 140 miles in the same time.

Some researchers claim to have found evidence of "chronic structural changes" to the hearts of elite endurance athletes. Here's cardiologist Dr. James O'Keefe presenting at a 2012 TED Talk:

"We're not really meant for these sustained levels of exercise for hours at a time. If you go to a marathon, ... you take a troponin level at the end of the marathon, over half of them will have elevated troponins."

Troponin is a chemical released into the blood when a heart muscle is damaged. And after a heart attack, troponin levels tend to be high.

O'Keefe says runners' levels post-race aren't the heart attack kind of bad. The chemical is in their blood because of micro-tears in their hearts, which will heal in a couple days.

But remember elite runners cover more than a hundred miles in a week, which means their hearts could have a lot more micro-tears than a hobby runner.

Researchers have also found dangerous amounts of plaque buildup in endurance athletes' hearts and an increased risk of atrial fibrillation, a type of irregular heart rhythm. But newer research looking for the same heart irregularities didn't, so maybe there's nothing to worry about.

In any case, the mortality rate for endurance runners is around 1 per 100,000.

And endurance running is still a pretty new sport. After all, it wasn't that long ago when runners were getting pulled over for "illegal use of the highway by a pedestrian" — aka jogging.

As endurance sports like distance running and cycling continue to gain popularity, you better believe researchers will keep trying to find out if there's such thing as too much cardio.