Can The U.K. Get Its Money's Worth Out Of Royal Mail Sale? 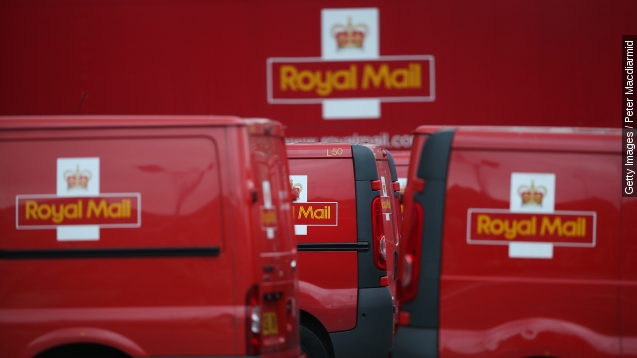 SMS
Can The U.K. Get Its Money's Worth Out Of Royal Mail Sale?
By Matt Picht
By Matt Picht
June 4, 2015
The U.K. government says it can get £1.5 billion by selling its remaining stake in the Royal Mail — but their last big sell-off was underwhelming.
SHOW TRANSCRIPT

After serving the Crown for hundreds of years, the U.K.'s Royal Mail service will now be fully on its own.

Chancellor George Osbourne told Parliament, "It is the right thing to do for the Royal Mail, the businesses and families that depend on it, and crucially, for the taxpayer."

Chancellor of the Exchequer George Osbourne announced Thursday the government intends to sell off its remaining stake in the Royal Mail, as part of a plan to generate £4.5 billion in savings.

Currently, the U.K. government owns 30 percent of Royal Mail shares, which Osbourne estimates will sell for £1.5 billion on the open market. That's contingent on market prices, though; Royal Mail shares fell over 3 percent after the announcement.

Of course, the government used to own the entire Royal Mail, which traces its roots back to 1516 and a decree from King Henry VIII. But in 2013, the government sold off most of its stake in the company to private investors.

The initial sell-off of the venerable institution was highly controversial; even ultra-capitalist Prime Minister Margaret Thatcher demurred from privatizing the post during her time in office, saying she was "not prepared to have the Queen's head privatised."

But while a lot of the political debate centered around symbolism during the first sale, this time everyone's more worried about whether they can get their money's worth.

Former business secretary Vince Cable drew flack for initially selling off Royal Mail shares at 330 pence each — the price subsequently jumped by 38 percent on the first day of trading. It's currently hovering around 500 pence a share.

To avoid another raw deal, Osbourne's promised the remaining Royal Mail shares will only be sold at the "best value for money for the taxpayer."

But according to a Telegraph report, the U.K. government is only planning to sell shares to big banks and institutions first, who will then likely sell those shares to the public. The move keeps the cost of the sell-off down, but opponents view it as rewarding speculators rather than actual investors.

Once the sale is complete, 90 percent of the Royal Mail will be on the public market; the remaining 10 percent of the institution has been owned by its employees since privatization plans began in 2011.