Can The Trans-Pacific Partnership Survive The Next Administration? 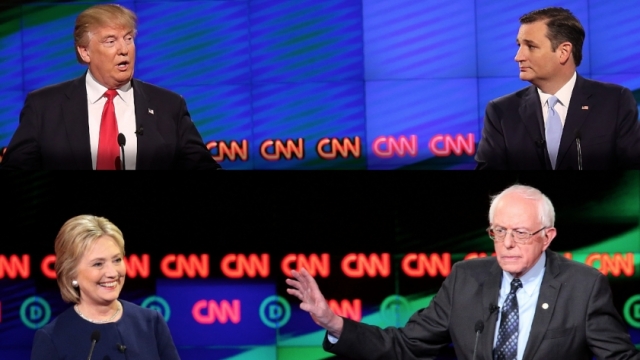 SMS
Can The Trans-Pacific Partnership Survive The Next Administration?
By Eugene Daniels
By Eugene Daniels
April 13, 2016
With four of five presidential candidates railing against the deal, it could be dead in the water after the election.
SHOW TRANSCRIPT

Presidential candidates from both sides of the aisle seem to largely agree on at least one issue: Their dislike of the Trans-Pacific Partnership.

"It's a horrible deal." Donald Trump said during a Fox Business debate. And Bernie Sanders railed against the TPP in 2015, "Let me urge all members to vote against what I believe is a disastrous trade deal."

Every current presidential candidate except John Kasich opposes the deal, even former Secretary of State Hillary Clinton who worked on the deal and once called it the "gold standard." All of this opposition has prompted the White House to try to rally support as the deal waits to be ratified by Congress.

"Make no mistake, this is not your parents’ or your grandparents’ trade agreement. TPP is the highest-standard trade deal ever reached, period," Secretary of State John Kerry said.

Getting the TPP ratified anytime soon seems unlikely with so much political opposition. And the Obama administration seems to be blaming that on the election; White House Press Secretary Josh Earnest said ratification "may require some members of Congress tuning out the noise of the presidential election in order to focus on the merits of the agreement."

So the question is, will the TPP deal survive in the next administration? If the next president comes out against it, it's possible Congress will just side with them and shoot down the deal.

And that could leave the trade deal dead in the water. As one writer from The Huffington Post put it, "With better access to the U.S. market off the table it's hard to see anyone still being interested in going ahead."

Interestingly enough, feedback from Americans is more split than politicians. A survey done by the Pew Research Center found 51 percent say free trade agreements like the TPP are good for America. But when you split that up ideologically about 60 percent on the left and just around 40 percent on the right view them as a good thing.

This video includes images from Getty Images and a clip from PBS.