Can The Idea Of Clean Diesel Survive? 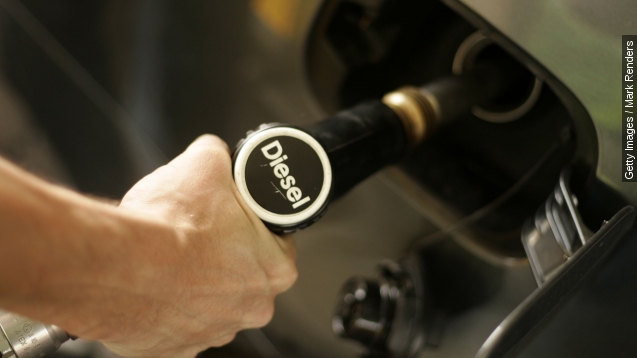 "Stop less, go more — the Passat TDI Clean Diesel, with up to 814 highway miles per tank," a Volkswagen commercial claimed.

As we now know, Volkswagen's clean diesel isn't all that clean. And that raises questions about the technology as a whole. (Video via EuroCarNews.com)

VW's cars were supposed to control emissions of NOx — nitrogen oxides that cause smog and health problems.

They didn't, and put out 40 times the amount of NOx legally allowed. Research shows other "clean diesel" cars have this problem as well.

So can the technology survive scandals?

One of the biggest reasons clean diesel was so appealing was fuel efficiency.

The VW Passat TDI for example, can average around 50 mpg on the highway, beating out some hybrids.

But that went hand in hand with its supposedly low emissions.

Still, NOx causes a whole host of other problems, and to cut back on those emissions, that fuel economy could go out the window.

Automotive researcher Don Hillebrand put it like this: "You have power, you have energy, you have emissions: You get to choose two of them." (Video via Penguin Books)

That's a hard choice for the automakers, but for the consumers who bought into not having to choose — choosing a different car altogether might be a lot easier.