Can Merging With Cleveland Save This Forgotten City? 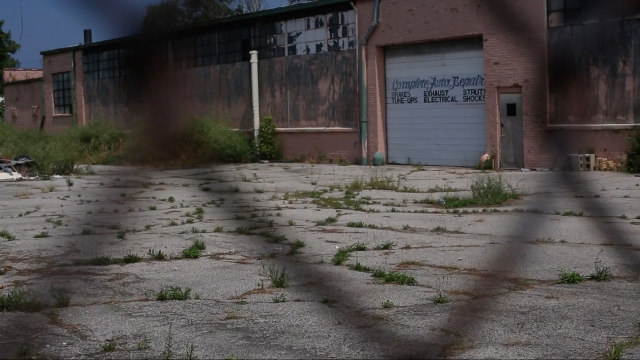 East Cleveland's debt and low revenue could prompt a merger with its thriving neighbor city.

Just outside of a newly thriving Cleveland lies East Cleveland, nearly forgotten in the post-manufacturing era.

It faces many of the same problems seen throughout the Rust Belt — increased poverty as jobs and residents continue to leave.

"You can't buy groceries around here. It's almost like a desert out here," said East Cleveland resident Marvin Porter.

"It would take a good $50 million to $60 million to get the infrastructure together the way it should be and to get us on a straight path. Right now, we're just surviving and trying to make payroll," said East Cleveland City Council President Thomas Wheeler.

Buildings like this are pretty common in East Cleveland. That's because the city has lost about half its population since the 1980s.

The city's debt is about $4 million, and while bankruptcy can help short-term, the city's low revenue makes its future rocky. And business owners in the area are feeling the effects.

One possible solution could be merging with neighboring Cleveland. But even if that city's government accepts the request, East Cleveland residents wouldn't vote on the merger until November 2017.

If a merger between the two cities happens, the state of Ohio could step in, too, and offer $10 million to fix roads and other failing infrastructure.

"I'm a die-hard East Clevelander. I would hate to see it merge, but I think people deserve more than the quality of services we're giving them. They need it stepped up, and right now, I'm looking at that — quality of life and services are greater than my love for the city," Wheeler said.