Can Melania Climb Out Of Low Approval? A First Lady Expert Weighs In 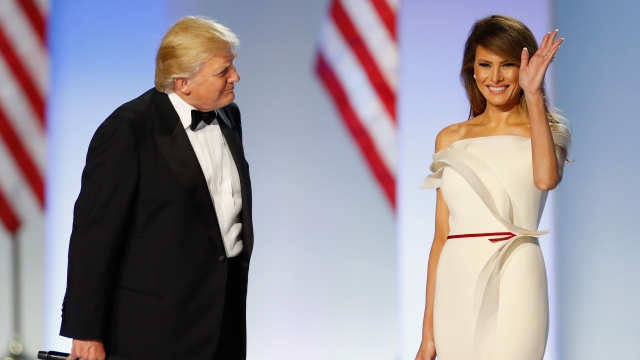 SMS
Can Melania Climb Out Of Low Approval? A First Lady Expert Weighs In
By Eugene Daniels
By Eugene Daniels
January 25, 2017
Depending on the poll, the percentage who approve of Melania ranges from the 20s to 30s.
SHOW TRANSCRIPT

"There's no blueprint for this job,"said Kate Andersen Brower. "There's nothing written in the Constitution. Nothing defining the job description in any way. So each first lady comes in with a blank slate."

But that blank slate can sometimes hurt her image, which seems to be the case with Melania Trump. 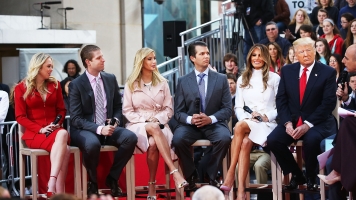 "We don't know much about Melania at all," Brower said. "All we know is a woman who's very beautiful and statuesque and lives a very privileged life."

Brower is a journalist, author and expert on everything first lady.

As she points out, Melania Trump has the lowest favorability rating for a first lady in polling history. Depending on what survey you're looking at, approval for Melania is anywhere from the 20s to 30s. (Those are percentages.)

It also makes sense; Donald Trump is one of the least popular men to ever sit in the Oval Office. However, first ladies are always pretty popular.

Even when their husbands are at their lowest levels of support, the women somehow stay above the fray — sometimes even becoming more popular than the commander in chief.

"These are women who can talk about growing up in middles-class families, what it's like to pay off student loans," Brower said. "Melania has not been able to connect in that personal way. Maybe she will."

And when the newest first lady has tried to connect, her efforts haven't gone that well. In her convention speech, she plagiarized Michelle Obama; Melania also has promised to fight cyberbullying as her husband ridicules people on Twitter.

But this doesn't mean Melania is doomed to low approval ratings forever.

"Her decision to stay in New York with Barron is something a lot of parents can identify with, and that does make her more likable. And if she can relate as a mother, that's the smarter route for her to take. That's one of the only things that she has in common with the majority of American women," Brower said.