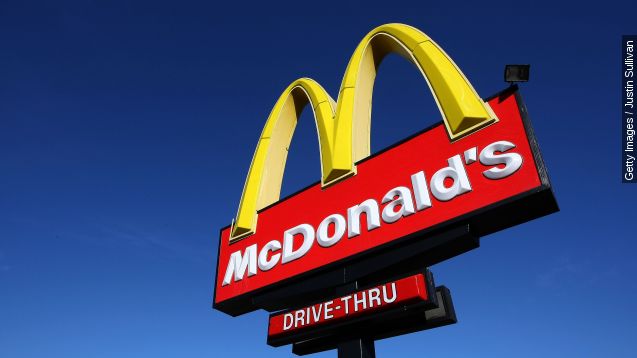 Those late-night McMuffin cravings might soon be satisfied. McDonald's is preparing to offer all day breakfast as early as October.

And while McDonald's says test runs in California, Mississippi and Tennessee have been going well, restaurant operators aren't sure there'll be enough grill space for both breakfast and lunch and haven't made an official decision. (Video via McDonald's)

This news comes after McDonald's sales, once again, slipped, with reported revenue dropping 10 percent year-over-year for the second quarter. This only adds to the chain's two-year struggle as consumer tastes change and food-safety concerns grow. (Video via McDonald's)

So will all day breakfast be enough to turn things around? Maybe. It's been consumers' biggest request for awhile. But this isn't the first time McDonald's has tried to make a big change recently. It hired new Chief Executive, Steve Easterbrook in January.

The burger franchise recently started the "Ask Me Anything" campaign, creating more transparency between company and consumer. (Video via McDonald's)

The popular "secret menu" concept was recently acknowledged, too. But having a McChicken, with a McDouble, with some McNuggets in between two buns isn't the healthy option consumers are wanting, and the burger's name isn't helping the company either.

Another McDonald's campaign allowed some customers to pay for food with selfies, hugs or high-fives, saying "lovin'" pays. (Video via McDonald's)

New commercials have been popping up, as well — from messages under the famous golden arches to laughs with an updated Hamburgler. (Video via McDonald's)

But use of technology is lagging. McDonald's only accepts mobile coupons and doesn't even have it's own app. Meanwhile, competitors like Chipotle allow customers to order from the Apple Watch, and Starbucks recently made two major upgrades to its app. (Video via McDonald's, Chipotle and Starbucks)

So what should McDonald's do? Some consumers say they want better ingredients, while others want them to ditch the burger altogether. (Video via McDonald's)