Immigration Could Be Only Way To Offset Falling Birth Rate 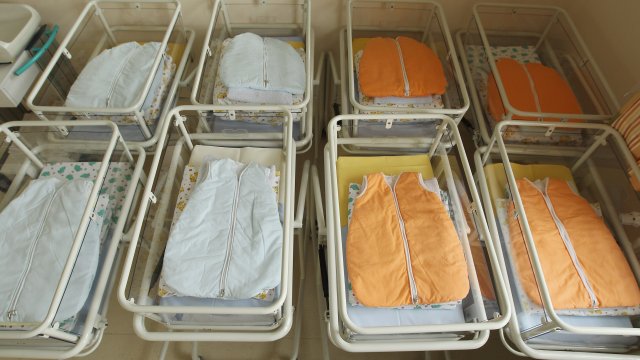 The birth rate is falling across America, threatening to disrupt economic growth if we don't make up for it. There's a few reasons for the decline, but some experts say that adopting the right immigration policy could help stem the problem.

"Fertility continues to decline and more importantly, as mortality increases with this older population, we are going to have a slower-growing population no matter what," said William Frey, senior fellow at The Brookings Institution's Metropolitan Policy Program. "But the immigrant component, I think, is going to save us from having an overly aged burden in this country that they have in other parts of the world.”

The number of births in 2017 fell to the lowest rate since 1987, according to the Centers for Disease Control and Prevention. However, Pew Research notes the fertility rate would have been even lower without immigrant women. It projects that continued immigration will be the main driver behind U.S. population growth — but only if current demographic trends continue.

"I think we need to think seriously about our immigration policy going forward, understanding that it’s immigrants and their children that are going to have a lot to do with our labor force growth over time," Frey said.

If the birth rate keeps declining, there will eventually be less people working. That could threaten the sustainability of government programs, like Social Security and Medicare. But given the current political climate in Washington, making moves on immigration could be tough.

"Politicians are notoriously short-term oriented and the fact is that they're concerned with what their political base says is going to happen in the next election,"  said Michael Tanner, a senior fellow at the Cato Institute. "We’re talking about trends that are going to affect people down the road, so it’s very hard to get people to think long-term."

"Unless we can do something to really juice up productivity from the remaining workers, we’re going to find slower economic growth. That means we're all poorer," Tanner said.