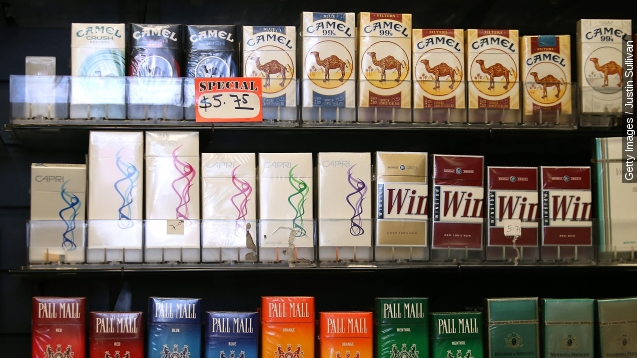 One year ago, CVS pharmacies stopped selling tobacco to help Americans quit smoking. But many were skeptical if CVS could really change anything. (Video via CVS Health)

So CVS released its own study claiming the company's ban was linked to a 1 percent drop in total cigarette purchases in 13 states.

According to CVS' findings, its ban meant 95 million less packs were sold in those 13 states.

And that group of 13 was selected because CVS' market share in the retail pharmacy industry was greater or equal to 15 percent in those states.

The company's chief medical officer said in a statement, "This new data demonstrates that CVS Health's decision to stop selling tobacco did indeed have a real public health impact."

But while most agree it was a good move for the health-focused chain to quit selling a product that causes health problems, the study's methodology is questionable. (Video via CVS Health)

Second, only three states were in the study's control group. And in CVS' group of 13, other things changed in those states beyond CVS not selling cigarettes during those eight months.

One professor told Time: "If you look across these [13] states, there were tax increases for cigarettes going on, some of the states had anti-smoking programs, there was less smoking in movies. CVS doesn't account for those [other factors]."

And finally, the company says the change had a "positive effect on public health," but because it's not a controlled experiment, you can't say which variable influenced the other.