Can Clinton Stay Out Of The Mudslinging This Election? 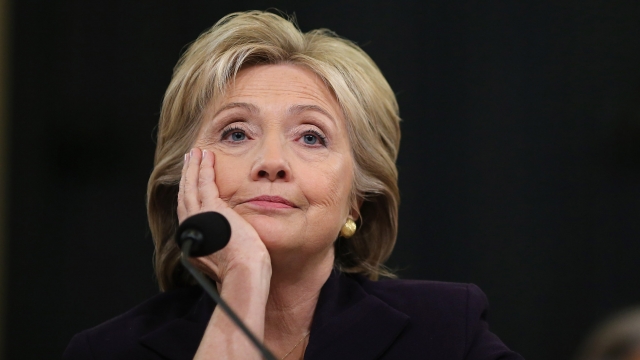 SMS
Can Clinton Stay Out Of The Mudslinging This Election?
By Eugene Daniels
By Eugene Daniels
May 19, 2016
Donald Trump is famous for making people get down in the mud with him. But Hillary Clinton might be able to stay above the fray.
SHOW TRANSCRIPT

Unless something crazy happens, Hillary Clinton will face Donald Trump in the general election. And that race is sure to be exhausting and could get pretty personal.

Exhibit A: "You ever see 'Crooked Hillary Clinton'? She walks in ..."

"She's married to a man who was the worst abuser of women in the history of politics."

Trump has proven he's willing to go there, but will Clinton be forced to get personal as well? Well, it's possible for her to keep her nose clean.

He's already faced several rivals who promised a clean campaign and forced them down into the mud with him.

But so far Clinton has managed to stick to issues and address whether or not her opponent is qualified to be president. And with the bench of powerful and popular politicians already giving some lowbrow attacks, Clinton can sit back and let them do all the attacking.

"Is this dinner too tacky for The Donald? Is he at home? Eating a Trump steak?" President Obama said at the White House Correspondents' Dinner.

"He is not a business success — he is a business loser," Sen. Elizabeth Warren said.

This video includes images from Getty Images and clips from CNN, ABC, CBS, Hillary for America and Donald J. Trump for President Inc.