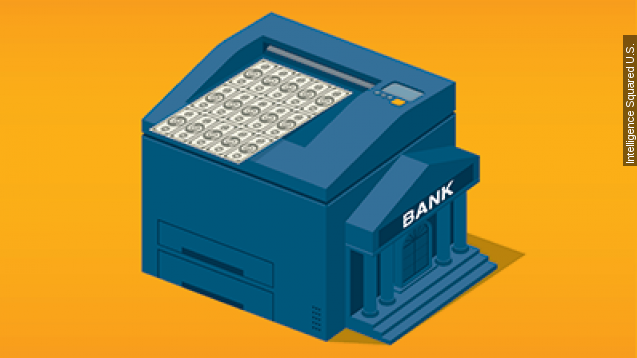 SMS
Can Central Banks Print Prosperity?
By Kate Grumke
By Kate Grumke
December 3, 2015
This "2-Minute Debate" is part of a series co-produced by Intelligence Squared U.S. and Newsy.
SHOW TRANSCRIPT

When central banks print money to help the economy, does it actually help?

Central banks all around the world have been printing money. This policy, known as quantitative easing in banker jargon, has driven up the price of stocks and bonds. But will it lead to real and sustainable increases in global growth, or is it sowing the seeds of future inflation?