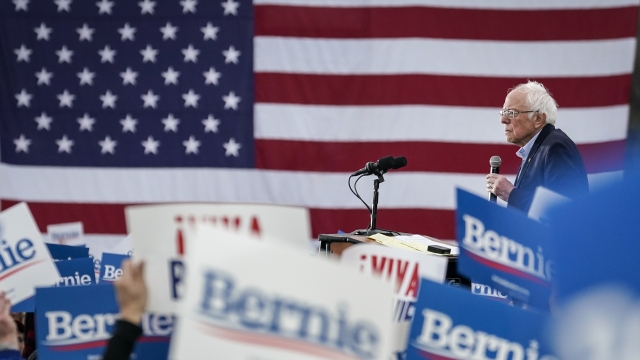 Legalizing marijuana has become a big selling point for some of the 2020 Democratic presidential candidates. But one candidate's plan is different than the others.

"On my first day in office, through executive order, we will legalize marijuana in every state in this country," Sanders told supporters at a Feb. 1 rally in Cedar Rapids, Iowa.

Sanders is the only Democrat promising to do this via executive order on day one of his presidency, even putting it on a list of top executive priorities.

But experts say legalizing marijuana through a single stroke of a pen just isn't possible. Instead, the process would most certainly take weeks or months -- even in the most pro-pot administration.

"Federal law is explicit that there is an administrative process that needs to be had in order for the executive branch to legalize cannabis to deschedule cannabis," said John Hudak, the author of Marijuana: A Short History, and a senior fellow at the Brookings Institution.

The Sanders campaign did not respond to multiple requests for comment.

But, advocates say Sanders could rely on a nuanced process executed by key members of his administration.

"It would require him appointing a friendly head of HHS, health and human services, as well as a friendly Attorney General. But then he could use an executive order to direct them to begin the descheduling process," said Erik Altieri, executive director of the National Organization for the Reform of Marijuana Laws (NORML).

The government currently considers marijuana a Schedule I drug -- meaning it has one of the highest restriction levels alongside heroin and LSD.

For that to change without help from Congress, the Attorney General requests a scientific and medical evaluation from the Department of Health and Human Services. The Drug Enforcement Administration also reviews the criminal justice aspects of rescheduling or descheduling pot.

It's unlikely it will happen on day one like Sanders has promised, but it could happen more quickly than you might think, especially if it's a top priority for the administration.

"How exactly long that would take is really open to so many variables. I'm not sure anyone could actually predict it, but we're still talking something that would probably be accomplished within the first year or two once that executive order is issued," Altieri said.

But removing federal prohibitions on marijuana, still doesn't stop people from being arrested for weed in states where it remains illegal.

Experts agree that removing federal prohibitions on marijuana in this way would likely encourage Congress and states to act more quickly to change their own policies on weed.

"If a president were to by executive action deschedule marijuana, that would happen rather quickly and then it would also put the onus on Congress and the state-level legislators as well to come in line with federal policy," said Altieri.