Concealed Carry On Campuses Might Not Make Students Safer 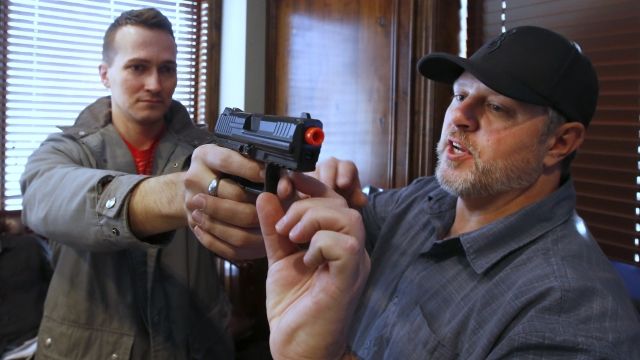 SMS
Concealed Carry On Campuses Might Not Make Students Safer
By Ryan Biek
By Ryan Biek
October 25, 2016
Studies have shown mass shootings on college campuses are rare, and when they do happen, armed citizens don't necessarily help.
SHOW TRANSCRIPT

Supporters of campus carry laws say individuals should have the right to protect themselves.

But the authors examined previous studies on gun violence and found armed citizens rarely stopped a mass shooting or reduced the number of victims.

A study cited in the Johns Hopkins report found only 2 percent of college campus shootings from 2013 to 2015 involved a shooter "on a rampage." Nearly half of the shooting incidents were fights that escalated to gun violence.

Allowing guns in the hands of college students may also heighten other risks. The report points to binge drinking, higher suicide rates and risk-taking attitudes as examples of why college campuses aren't the place for more guns.

The Johns Hopkins report argues that even if permit-holders could protect against mass shootings, the net effect of more guns on campuses would be more deaths, injuries and threats of gun violence.