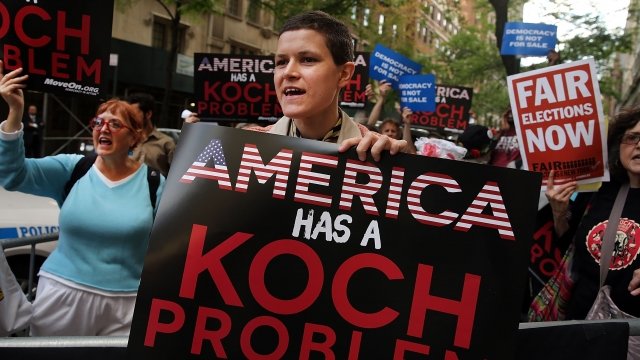 You might say the father of our country fathered campaign finance reform — although it was sort of an unplanned offspring. In 1755, George Washington ran for the Virginia House and lost. Two years later, he spent about $195 on punch and hard cider for potential voters, and he won.

It apparently didn't go unnoticed, and the newly elected state legislature soon passed a law prohibiting candidates "or any persons on their behalf" from giving voters "money, meat, drink, entertainment or provision or any present, gift, reward or entertainment etc. in order to be elected." More campaign finance regulations followed. The 1883 Pendleton Civil Service Reform Act banned government officials from soliciting contributions from civil service workers. Before that, some were expected to pitch in, if they wanted to keep their jobs.

A century later, Teddy Roosevelt raised more than $2 million from corporations during the 1904 presidential campaign. Oddly enough, he then called for legislation to ban corporate contributions to candidates. It was called the Tillman Act, and Roosevelt signed it into law in 1907. There was one problem: It lacked an enforcement provision.

By the mid-1940s, Congress tried to ban labor union contributions to candidates. The result was creation of the political action committee — PAC. But the two biggest turning points in the history of campaign finance reform came in 1971 with the Federal Election Campaign Act and in 2010 with Citizens United vs. FEC. The Federal Election Campaign Act laid out disclosure requirements for contributions and spending. 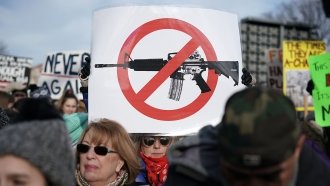 Three years later, it was amended, after Watergate, to place limits on contributions and spending, and the Federal Election Commission was established. In 1976, one more amendment established new contribution limits but repealed spending limits. Then Citizens United vs. FEC was decided in a 5-4 Supreme Court vote. It affected "independent expenditures" — money spent by an outside party for materials that favor or oppose a candidate; but the spending must be "independent" — the outside party isn't allowed to coordinate with the candidate.

Citizens United led to the creation of super PACs, which accept unlimited donations and use the funds mostly on political advertising. And we also got "dark money" organizations — 501 (c)(4) nonprofits that talk about issues (normally favoring one candidate) and can keep their donors completely secret.

Is campaign finance a settled matter? No.

We've come a long way from $195 worth of flowing cider. With billions pouring into elections these days, the spout never shuts off. All perfectly legal.