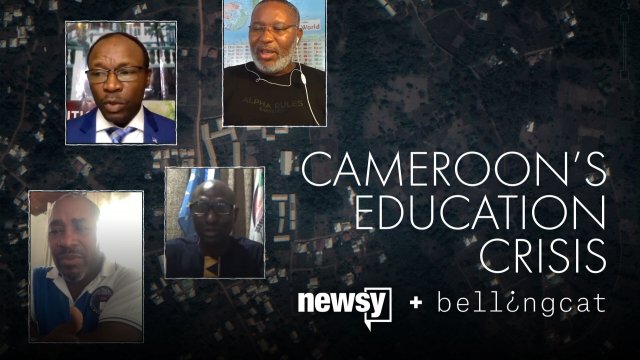 SMS
Cameroon's Conflict Puts Schools In The Crossfire
By Jake Godin
By Jake Godin
July 15, 2021
The most recent count found that four out of every five schools in the country's Anglophone region was closed.
SHOW TRANSCRIPT

Children, teachers, and school buildings have been caught between separatists and by the Cameroonian government. Newsy and Bellingcat, working with human rights monitors, used open source material and interviews with sources on the ground and in the diaspora to investigate attacks against not only the region's school system, but an entire generation of Cameroonian children.

Produced with input from Billy Burton and colleagues from the Cameroon Anglophone Crisis Database of Atrocities, with thanks to University of California Berkeley. Read Bellingcat's full report here.