Cameroon's Election Crisis Stressing A Nation On The Brink 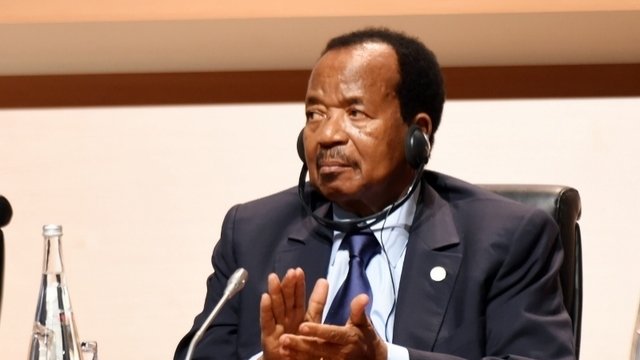 SMS
Cameroon's Election Crisis Stressing A Nation On The Brink

By Jake Godin
November 1, 2018
Cameroonian President Paul Biya's win in a contested election is a blow to the nation's efforts to end an insurgency in the Anglophone region.
SHOW TRANSCRIPT

Cameroon's President Paul Biya has, once again, won re-election. The win makes him the second-longest serving leader on the African continent. It also comes amidst growing violence in the country's English-speaking region.

The second- and third-place candidates claimed they were the winners shortly after the election took place. Both have since contested the official results, accusing the ruling party of massive fraud by way of voter intimidation and ballot stuffing.

The contentious election as a whole was marred by low turnout — less than half of the registered voters turned out during the October 7 vote.

Part of that was because of growing separatist violence in the country's northwest and southwest regions.

Unlike the rest of the nation, which predominantly speaks French, the majority of people in this part of Cameroon speak English. It's a linguistic difference that's contributed to unrest and a growing secessionist movement fighting for the creation of an independent "Ambazonia" state.

The crisis seems to be reaching a boiling point — more than 20,000 Cameroonians have fled to neighboring Nigeria to escape the violence and just recently an American missionary was shot and killed while traveling in the Anglophone region.

The fighting has prompted a harsh response from President Biya, who went as far as cutting off internet access to the region last year. His re-election will not help ease the problem.

That's not the only insurgent problem facing Cameroon, either. Boko Haram is still active in the country's north and while the group has weakened, it still poses a threat to communities far removed from the nation's capital.

Adding a contested election on top of two insurgencies isn't likely to help stabilize the nation. If something isn't done soon, some warn that Cameroon could break into Africa's next civil war.