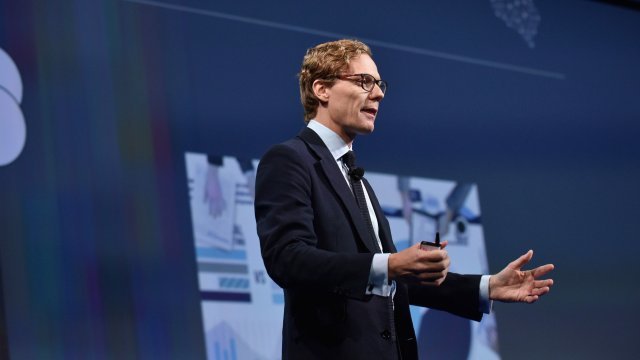 That comes amid accusations the firm gathered Facebook users' data without their explicit consent in 2014 and 2015.

Facebook suspended Cambridge Analytica and said it was "outraged" at reports that 50 million users' data was misused by the firm.

It also follows a report by the U.K.'s Channel 4 News out Monday. Channel 4 caught Nix on camera discussing the possibility of using bribes and sex workers to entrap politicians. The company reportedly tried to stop the segment from airing.

On its CEO's suspension, Cambridge Analytica said in a statement: "In the view of the board, Mr Nix's recent comments secretly recorded by Channel 4 and other allegations do not represent the values or operations of the firm and his suspension reflects the seriousness with which we view this violation."

The firm is credited with helping President Donald Trump win the 2016 election.