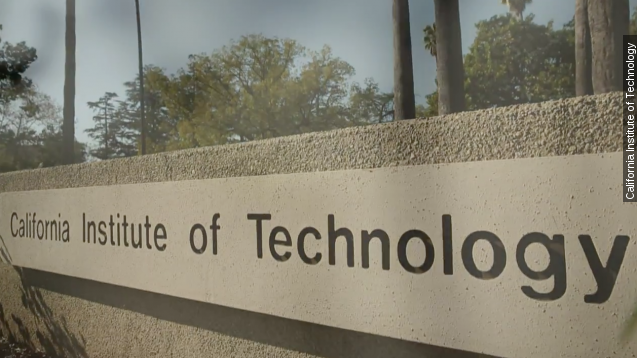 Caltech officials sent a letter to faculty and staff acknowledging the situation, saying "there was unambiguous gender-based harassment." The professor, who was not named in the letter, was "placed on unpaid leave for a full academic year, and he is restricted from coming on campus."

BuzzFeed reported the professor told one of the grad students, "I'm just so happy that I have a female grad student who is actually sane and I can talk to.”

This kind of harassment isn’t rare, especially in major public schools. The American Association of University Women reports that "about 70 percent of students at large schools say that professors, teaching assistants or other school employees sexually harass students on their campus."

And it can be especially prevalent in math and science fields where men still greatly outnumber women.

President of the American Astronomical Society Meg Urry told Science: "The research has shown that there’s such a thing as a critical mass (in the number of women). And until that happens, you just can’t assume that there will be a culture of equity."

Caltech's president also said the school is creating an advisory council to try to prevent similar incidents from happening in the future.