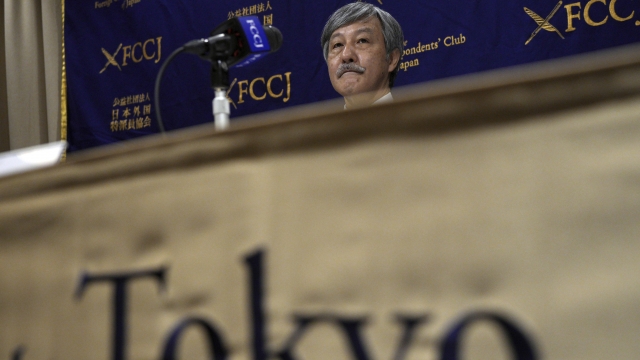 SMS
Calls To Cancel The Summer Olympics Grow
By Austin Kim
By Austin Kim
May 27, 2021
Dr. Naoto Ueyama said the International Olympic Committee and the Japanese government have underestimated the risks.
SHOW TRANSCRIPT

A physician representing a Japanese medical body warned Thursday that holding the postponed Tokyo Olympics in two months could lead to the spread of variants of the coronavirus.

Dr. Naoto Ueyama, chairman of the Japan Doctors Union, said the International Olympic Committee and the Japanese government had underestimated the risks of bringing 15,000 Olympic and Paralympic athletes into the country, joined by tens of thousands of officials, judges, media and broadcasters from more than 200 countries and territories.

"Since the emergence of COVID-19 there has not been such a dangerous gathering of people coming together in one place from so many different places around the world,” he said, speaking in Tokyo at the Foreign Correspondents' Club of Japan. "It’s very difficult to predict what this could lead to."

Ueyama continually likened the virus to a "conventional war" situation, and said he was speaking from his own experience as a hospital physician who works just outside Tokyo. He has not been involved in any of the Olympic planning.

"I think the key here is if a new mutant strain of the virus were to arise as a result of this, the Olympics," he said.

The IOC and local organizers say they have been relying on the World Health Organization for public health guidance. They say the Olympics and Paralympics will be "safe and secure," focused on extensive testing, strict protocols, social distancing, and keeping athletes largely isolated in the Olympic Village alongside Tokyo Bay.

The IOC has said it expects more than 80% of the people living in the village to be vaccinated. This contrasts with a very slow rollout in Japan where less than 5% of the public has been vaccinated.

Ueyama, who is the chairman of a body that represents 130 physicians, joins other medical experts in Japan in voicing opposition to holding the Olympics. On Wednesday, Japan's mass-circulation Asahi Shimbun newspaper called for the Olympics to be canceled.