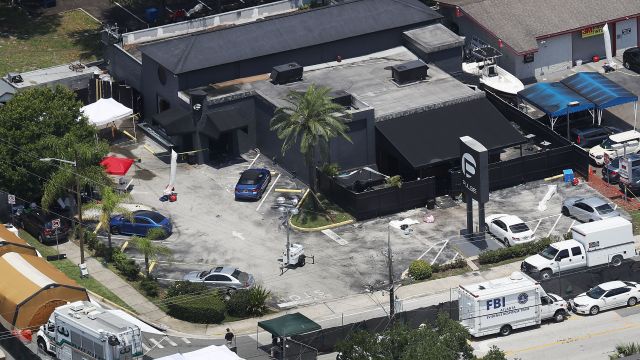 By Lauren Stephenson
June 28, 2016
One dispatcher reported losing touch with a caller and recorded this: "just an open line with moaning."
SHOW TRANSCRIPT

On Tuesday, the city of Orlando released hundreds of pages of documents detailing the mass shooting at Pulse nightclub earlier this month.

According to the call logs, Orlando police dispatch first received a call about shots fired at the LGBTQ nightclub just before 2:03 a.m. on June 12. After that, more calls came flooding in.

Some of the first callers were hiding — one in a closet and one upstairs. Dispatchers could hear gunshots over the phone.

Dispatcher logs indicate gunshots seemed to be getting closer.

It wasn't long before family and friends of those trapped inside called 911. A father told dispatchers he heard from his daughter who was shot in the arm and leg and was hiding in a bathroom.

Callers inside the nightclub last reported hearing gunshots at 2:18 a.m. Shortly before 3 a.m., a dispatcher wrote, "Subj is saying that he is a terrorist and has several bombs strapped to him in the downstairs female bathroom."

By 5 a.m., Orlando Regional Medical Center said it had received 40 shooting victims. Three other victims had been transported to other hospitals. Within a minute of that report, the logs show SWAT entered the nightclub.

According to the Orlando Sentinel, the most recent inspection records indicate at least one of the nightclub's exits was blocked by a vending machine. The inspection was completed about three weeks before the shooting.

The shooting claimed the lives of 49 victims and injured 53 others. It is considered the deadliest mass shooting in modern American history.

This video includes clips from WKMG, WFTV, CNN and WOFL and images from Twitter / @OrlandoPolice and Getty Images.