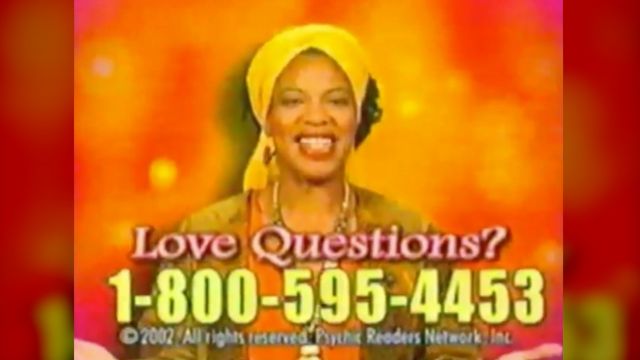 "Oh, my goodness. Well, you could never make a decision easy," Harris said.

Many people will remember Harris for her late-'90s, early-2000s infomercials for the Psychic Readers Network, where she gave callers advice with a thick patois.

"The ex is much better than the present one, ya know? Did your face get hot? She got embarrassed. She had to go get something to drink," Harris said.

In 2002, Harris' psychic character was named in a deceptive advertising settlement with the Federal Trade Commission involving her former company.

In the following years, she voiced a character in "Grand Theft Auto: Vice City" and appeared in a documentary called "Hotline."