Trump Calls Putin To Talk About Ending The War In Syria 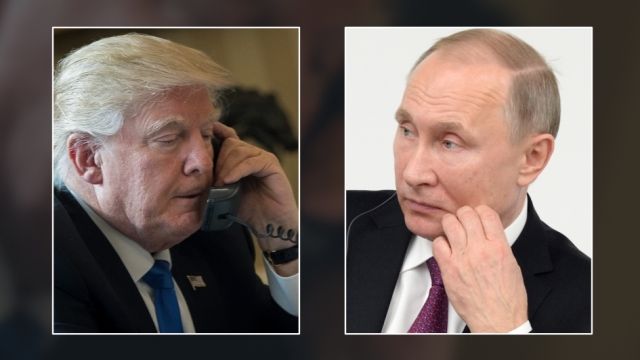 Speaking on the phone for the third time, Trump and Putin also discussed North Korea and terrorism in the Middle East.

It was also the first time the two leaders spoke since Trump ordered a missile strike on a Syrian air base, something Putin harshly criticized.

Based on the readouts released by the Kremlin and the White House, the conversation focused on Syria and how to broker peace after a six-year civil conflict. However, the White House claims the two talked about establishing "safe, or de-escalation zones" in Syria; the Kremlin's report doesn't mention that.

The discussion covered terrorism in the Middle East and how to eliminate that threat.

Trump Invited A Controversial World Leader To The White House

President Trump spoke with Filipino President Duterte on the phone about his country's controversial drug war.

The conversation ended with plans to meet in person at the G20 Summit in Germany this July.