Following Trump's Win, Many Californians Want To Secede From The US 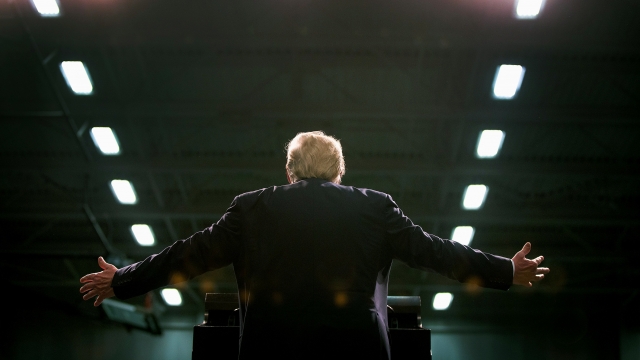 SMS
Following Trump's Win, Many Californians Want To Secede From The US
By Ryan Biek
By Ryan Biek
November 9, 2016
A pro-independence organization planned to stage a rally at the California Capitol a day after the election.
SHOW TRANSCRIPT

With Donald Trump set to be the next president, California may try to go it alone.

Calexit, Califrexit ... no matter what you call it, many across California want the state to secede from the union.

A pro-independence organization planned to stage a rally at the state Capitol a day after the election.

But this reaction to election results isn't really new. In fact, last election, the Obama administration received secession petitions from all 50 states.

Six states even got enough signatures to merit responses from the White House. Texas' petition received over 100,000 signatures.

But one reason these states didn't secede –– and why California's chances probably aren't that great, either –– is leaving the union isn't just a state's decision to make.

SEE MORE: Can California Really Secede From The Union?

If California voted to leave through a ballot measure, it'd still have to go through one of two difficult processes.

Either the federal Constitution would have to be amended –– which would require two-thirds of the House and Senate's approval and just over three-quarters of the states'. California could also call a states convention, with at least 38 state legislatures and two-thirds of delegates giving the OK to secede.