California Wildfires Could Get Worse As Storms Move In 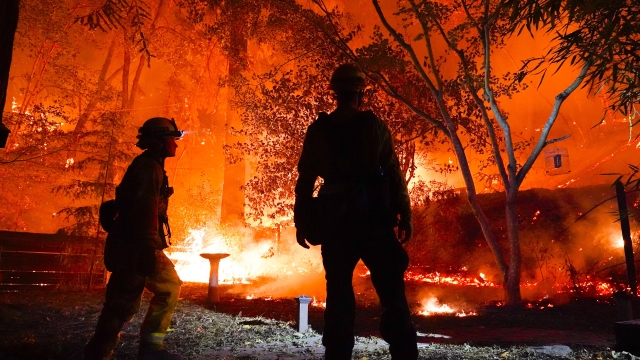 SMS
California Wildfires Could Get Worse As Storms Move In
By Newsy Staff
By Newsy Staff
August 24, 2020
A storm system is expected to move into Northern California as wildfires continue to rage.
SHOW TRANSCRIPT

Wildfires in California are expected to grow as storms move in.

A storm system is forecasted to move over Northern California with strong winds and lightning. It has the potential to start new fires or spread ones already burning.

In Marin County, two firefighters were rescued after gusty winds created dangerous conditions. They were both pulled to safety.

The National Weather Service issued a "red flag" warning through Monday for the already drought-stricken area.

President Trump has approved a federal disaster declaration which will provide more resources for affected counties.