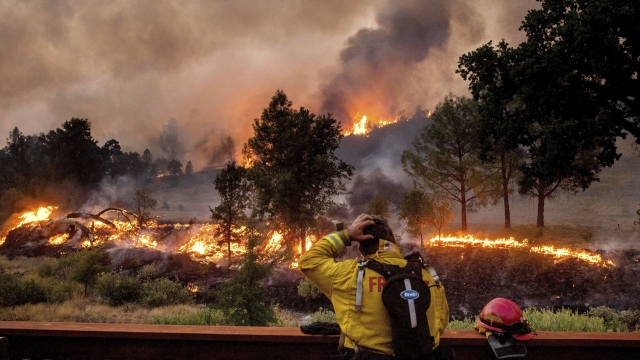 California fires are being blamed on drier air linked to climate change and an abundance of dead trees and other natural fuels.

Wildfires in California have burned through a record-breaking 4 million acres as thousands of firefighters continue to battle the blaze.

Since August, a handful of fires have continued to ravage through Northern California ... fueled by dry air, high winds and lightening strikes. Officials also say fires have spread quicker because of the amount of dead trees in the fires path.

Scientists say climate change linked to the burning of coal, oil and gas has helped make California much drier, making trees and other plants more flammable.

Thousands of buildings and homes have been destroyed and more than 30 people have died.

According to the California Department of Fire and Forestry, nearly 17,000 firefighters are still working to contain 23 major wildfires still burning, including the most recent Glass Fire in the heart of the state's wine country.