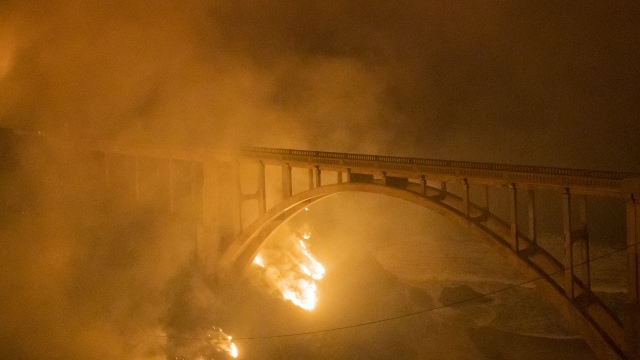 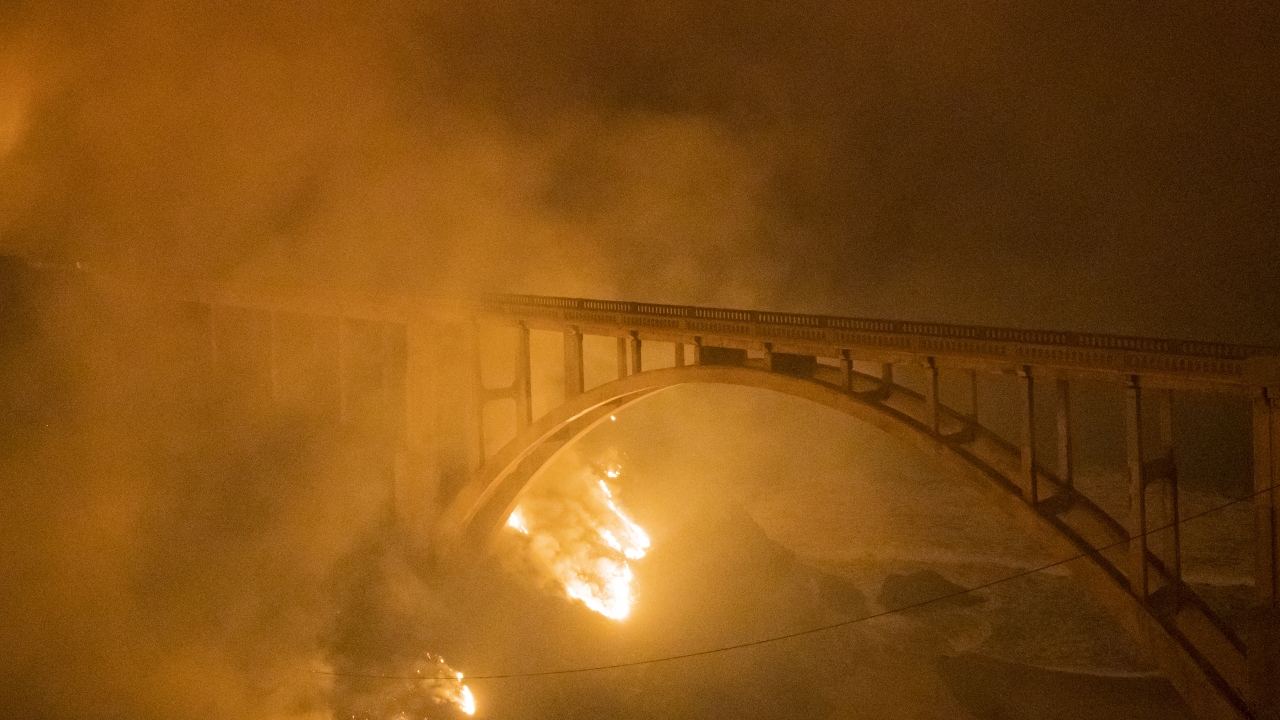 A wind-driven wildfire broke out late Friday in the rugged mountains above Big Sur, forcing residents to evacuate from their homes and authorities to shut down a stretch of Pacific Coast Highway.

The fire started in a canyon and was pushed by 35 mph winds to the sea, jumping the highway and burning on the west side. It burned at least 2.3 square miles and was 5% contained, the California Department of Forestry and Fire Protection said Saturday.

The Monterey County Sheriff's office ordered evacuations in a sparsely populated area between Carmel and Big Sur and shut down a stretch of Highway 1.

Evacuees shared on social media dramatic images of burning flames behind iconic Bixby Bridge. The concrete bridge spans the deep and wild canyon along the highway and has been the backdrop of many car commercials, movies and TV shows, most recently the HBO drama "Big Little Lies."

Strong winds were recorded across the San Francisco Bay Area and a swath of the Sierra Nevada overnight, knocking down trees and power lines and causing outages in numerous neighborhoods.

Many areas were subject to wind advisories. In Sonoma County, firefighters extinguished a 5-acre fire on Geyser Peak, where gusts above 90 mph were recorded.

The National Weather Service said a similar windy event happened in the region nearly a year ago on the night of January 18. A red flag warning of extreme fire danger was issued then due to the strong winds and much drier conditions.

This time, the region was still moist after December storms dumped heavy snow in the mountains and partially refilled parched reservoirs, providing some relief from what had been an exceptionally dry year.

Warnings of gusts from 50 mph to 70 mph were set to go into effect in much of Southern California by midafternoon Saturday.