California Wildfire Dangers May Be Spreading To The South 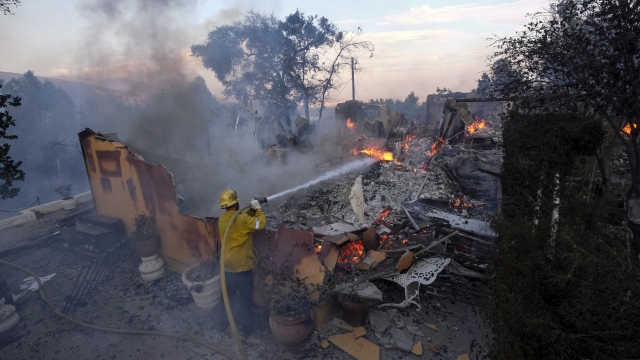 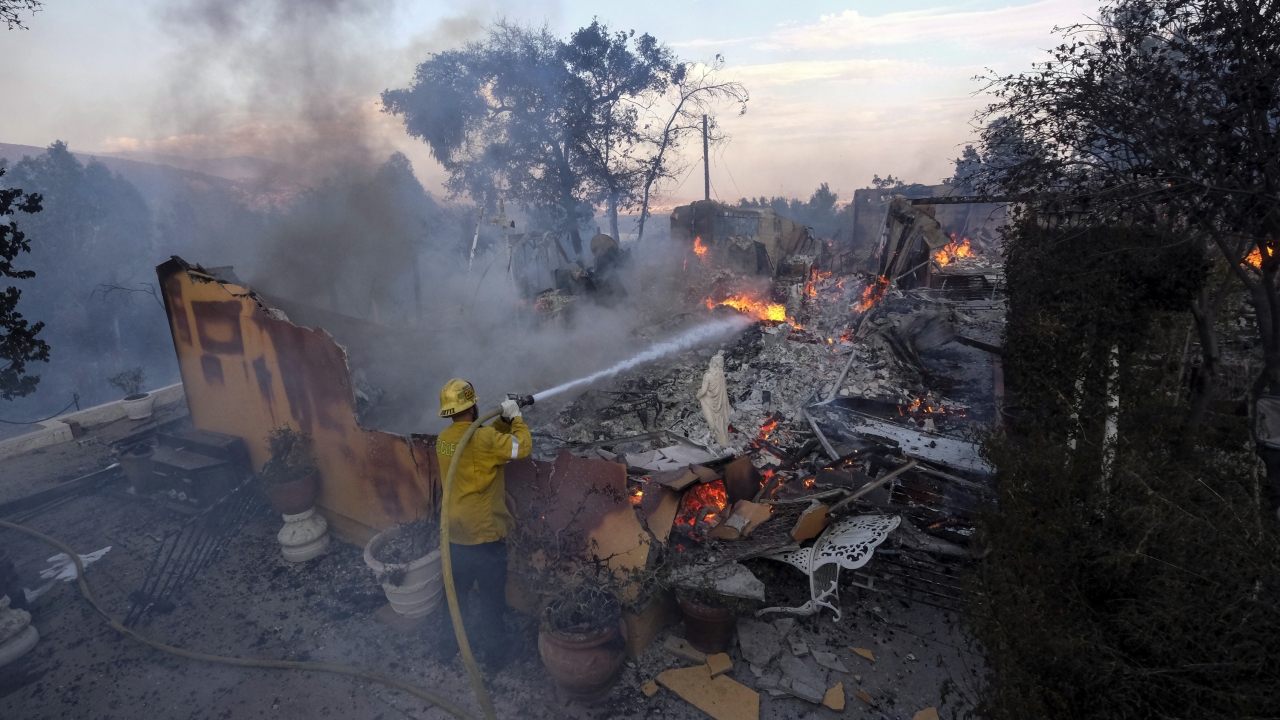 A wildfire that burned several homes near Los Angeles may signal that the region is facing the same dangers that have scorched Northern California this summer.

The fire in San Bernardino County erupted Wednesday afternoon, quickly burned several hundred acres and damaged or destroyed at least a dozen homes and outbuildings in the foothills northeast of Los Angeles, fire officials said. Crews used shovels and bulldozers and mounted an air attack to keep the South Fire from the tiny communities of Lytle Creek and Scotland.

About 600 homes and other buildings were threatened by the blaze along with power transmission lines and 1,000 residents were under evacuation orders.

By nightfall, firefighters appeared to have gained the upper hand and few flames were seen. But the blaze was worrying because Southern California's high fire season typically comes later in the year when strong, dry Santa Ana winds blast out of the interior and flow toward the coast.

After a few cooler days, California's southern region was expected to experience a return of hot weather into the weekend that could boost wildfire risks. In addition to dangerously dry conditions, the region faces firefighting staffing that is increasingly stretched thin, said Lyn Sieliet, spokeswoman for the San Bernardino National Forest.

“Some of our firefighters that we normally have on our forests are working on fires in Northern California, or Idaho and Washington,” she told KTLA-TV. “We don’t have the full staff that we normally do.”

The largest fires in the state and in the nation were in Northern California, where they have burned down small mountain towns and destroyed huge swaths of tinder-dry forest.

The Caldor Fire has destroyed 500 homes since Aug. 14 in the Sierra Nevada southwest of Lake Tahoe, including much of the tiny hamlet of Grizzly Flats. It was 12% contained and threatened more than 17,000 structures.

Buck Minitch, a firefighter with the Pioneer Fire Protection District, was called to the fire lines last week while his wife fled their Grizzly Flats home with their two daughters, three dogs, a kitten and duffel bag of clothes, the San Jose Mercury News reported.