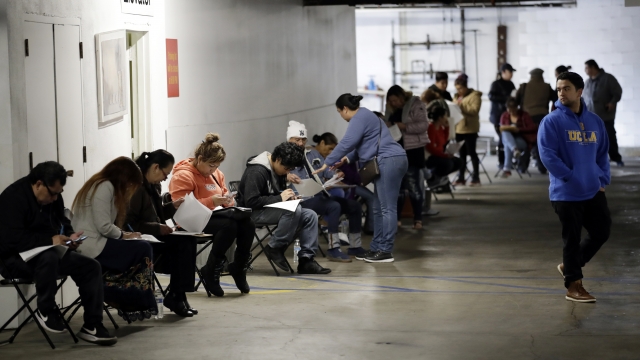 The loss of the federal government's emergency unemployment payouts brings the state's average unemployment check to $340 a week.

California officials are weighing an additional payout of up to $600 per week for unemployed Californians if Congress doesn't extend the same benefit federally.

Democratic Assemblyman Phil Ting told the Los Angeles Times, “There are so many people who are relying on that money to pay rent, to buy food. I think the state has to do everything possible to help them pay their bills."

It would be part of a $100 billion stimulus plan to help the state's economy recover from the effects of COVID-19.

The federal government's weekly unemployment payout expired this month, which brings California's unemployment checks back to an average of $340 a week.

Congress is currently debating the next relief package, but a proposal from Senate Republicans this week reduces the emergency unemployment benefits from $600 a week to $200 a week. The federal government would continue to fund those benefits until states are able to provide 70 percent of an unemployed person's prior income.