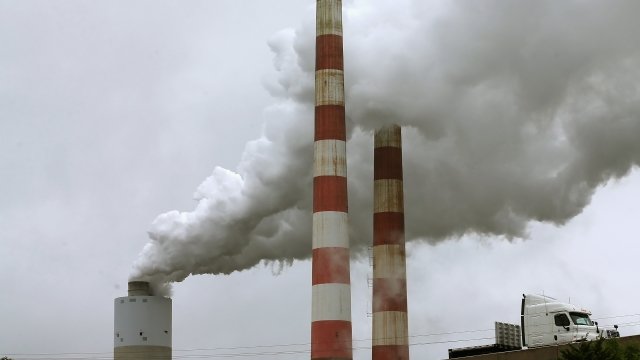 California is taking another big step to reduce its carbon footprint.

The state Assembly passed legislation Tuesday that requires the state to get 100 percent of its electricity from carbon-free sources by 2045. The measure also increases a previous renewable energy mandate to a target of 60 percent by 2030.

As one of the world's biggest economies, California's long been a leader on climate issues. Earlier this year, the state became the first in the nation to require new homes to have solar power, which will take effect in a few years.

But it's not the first in the U.S. to set a goal for 100 percent carbon-free power. Hawaii passed similar legislation back in 2015, and other states are looking to do the same.

California's move comes as the Trump administration takes a step back from climate change issues and environmental regulations. If the bill is reconciled with a Senate version and gets a signature from Gov. Jerry Brown, California will likely be the largest world economy to make a pledge to 100 percent carbon-free energy.