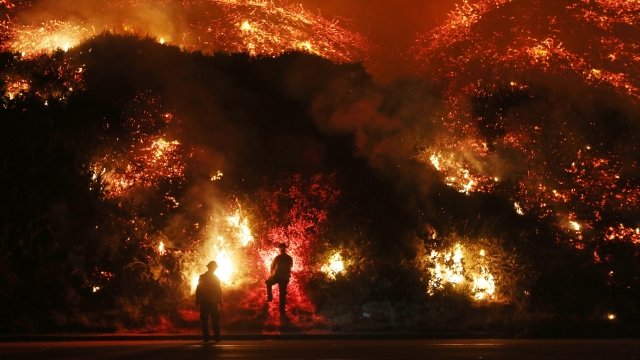 A California utility company says it's at least partly to blame for starting the second-largest  blaze in state history.

The Thomas Fire scorched almost 282,000 acres and destroyed more than 1,000 structures in Southern California after it started late last year. It killed two people, including a Cal Fire engineer who was fighting the flames.

Southern California Edison announced Tuesday that it thinks its electrical equipment sparked the blaze. Witnesses reported a fire ignited near one of the company's power poles in Santa Paula.

SCE said there were at least two different sites where the Thomas Fire started, but it doesn't know if its equipment was responsible for that second ignition in Ventura County.

SCE is reportedly listed as a defendant in dozens of lawsuits related to the wildfire.

The captain of the Ventura County Fire Department told the Los Angeles Times that SCE's conclusions are based off its own investigation. State and local agencies reportedly hope to determine the official cause of the Thomas Fire by the end of November.