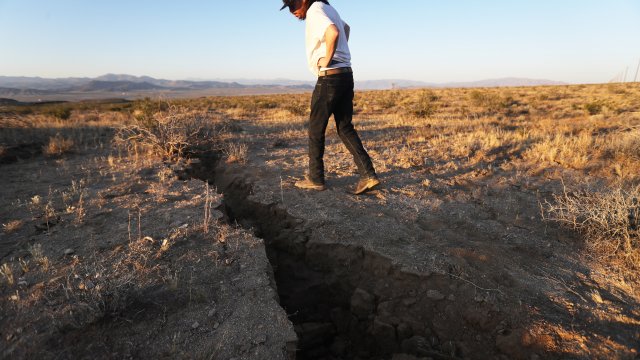 California has launched the first statewide earthquake early warning system in the U.S.

"Today, we are making a big leap forward in terms of focusing attention on prevention," Newsom said.

Here's how it works: The system will use ground motion sensors located across the state to detect an earthquake before humans can feel the shaking. From there, computers will identify the location and strength of the quake and send out alerts before serious shaking occurs in an area.

The alerts will be sent out through the MyShake app and through the wireless system that sends out Amber Alerts and other notifications. The speed of the alert will depend on a person's distance from the origin of the quake. The thresholds for an alert are an earthquake of magnitude 4.5 and shaking intensity level 3.

Officials say they hope the advanced notice gives people the opportunity to take life-saving action before the worst of the shaking begins.

The system was unveiled on the 30th anniversary of the 1989 Loma Prieta earthquake, which left dozens of people in the Bay Area dead and caused billions of dollars in damage.