California Has Its Own Travel Ban, And It's Expanding 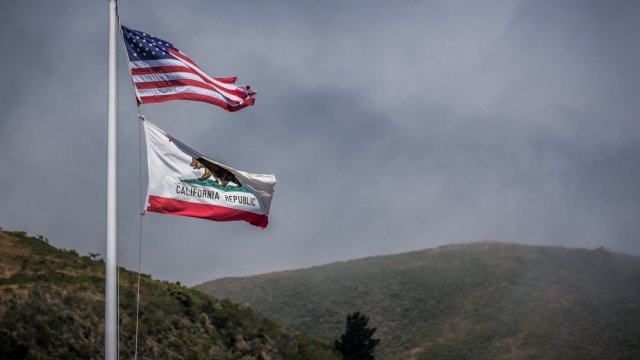 California will no longer pay for its employees to travel to eight different states with laws it says discriminate against LGBTQ people.

President Donald Trump isn't the only one pushing for travel restrictions. The state of California has its own travel ban, but instead of blocking people from coming in, it blocks state-funded travel to certain places.

The state just announced it won't pay to send its employees to Alabama, Kentucky, South Dakota or Texas anymore. The measure is part of a law that curbs travel to states with laws that target people due to sexual orientation or gender identity.

That law was passed in September in response to North Carolina's now-defunct House Bill 2. The so-called "bathroom bill" mandated people use the bathroom that matched the gender listed on their birth certificate.

The education secretary faced questions about federal funding for private and charter schools while testifying before a Senate subcommittee Tuesday.

Three of the new additions — Texas, Alabama and South Dakota — were added because of laws that could prevent LGBTQ parents from adopting or fostering children. Kentucky was added to the list for a new law that lets student organizations discriminate against LGBTQ classmates.

California's Attorney General Xavier Becerra said he added the four to the Golden State's blacklist because of the "discriminatory nature of laws enacted by those states."

They join a growing list. Aside from North Carolina, California also bans state-funded travel to Kansas, Mississippi and Tennessee.