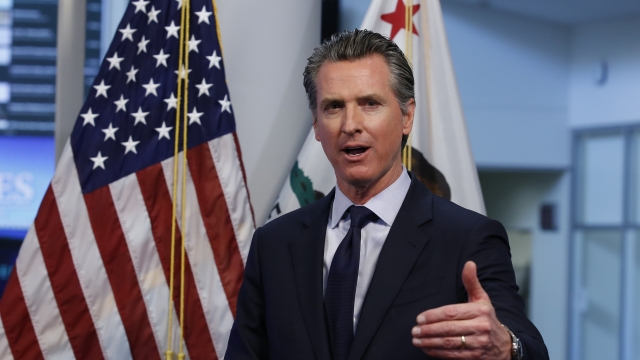 SMS
California to Send Mail-In Ballots To All Voters In State
By Gage Jackson
By Gage Jackson
May 9, 2020
The executive order will send every registered voter a mail-in ballot but the state is still working on plans to have safe in-person voting available.
SHOW TRANSCRIPT

On Friday, California became the first state to announce it will send mail-in ballots to all registered voters for the November presidential election.

Governor Gavin Newsom signed the executive order to protect public safety amid the pandemic. But he says the state is still working on a safe, in-person voting program as well.

"I signed an executive order about an hour ago that will allow every registered voter in the state of California to receive a mail in ballot. That mail-in ballot is important, but it's not an exclusive substitute to physical locations."

Every voter will receive their ballot in the mail 29 days before the election, while those in the military overseas will get theirs 45 days early. Most of the state already receives an optional mail-in ballot. But all voters have been urged to make sure their registrations are up to date.

The announcement came as California began relaxing its coronavirus lockdown measures and allowing some businesses to reopen under certain guidelines.

Newsom says unemployment is much higher than the national average of 14.7 percent. He put his estimate at more than 20 percent.

California alone is the world's fifth largest economy. Since March 12, more than 4 million people in the state had applied for unemployment benefits. For Newsy, I'm Gage Jackson.