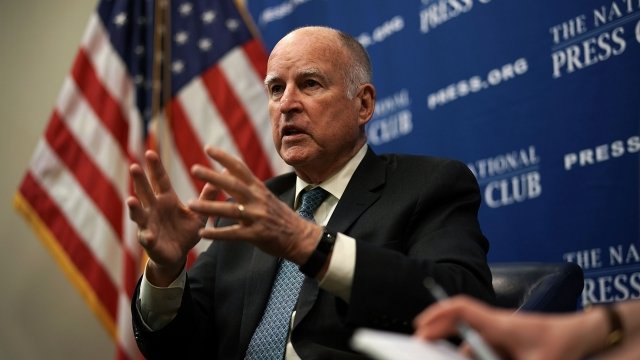 California Gov. Jerry Brown announced his state will launch its own satellite to pinpoint sources of greenhouse gas emissions.

"We're under attack by a lot of people, including Donald Trump," Brown said.

The governor said the satellite initiative was a response to President Donald Trump's actions curtailing climate change research, which Brown has criticized in the past.

Brown made the announcement in his closing remarks at the Global Climate Action Summit in San Francisco on Friday. He said the satellite will help the state pinpoint polluters.

The governor's office says it will collaborate with Planet Labs, a company that specializes in satellite imaging and manufacturing.

Planet primarily builds CubeSats, miniature satellites that can be built in bulk and have shorter lifespans than traditional, larger satellites. It's not clear just how many satellites California plans to launch — the Planet press release referred to satellites, plural.