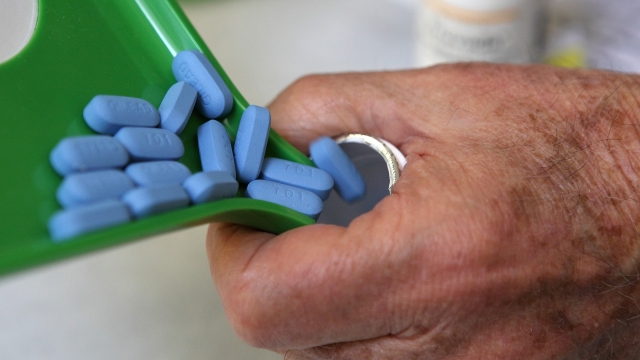 But insurance will still be a major obstacle for many at-risk people.

California is set to become the first state in the country to allow pharmacies to dispense HIV prevention drugs without prescriptions. Gov. Gavin Newsom signed the legislation on Monday.

Since 1981, more than 700,000 Americans have died from HIV, and more than 1 million currently live with it. Supporters of the new legislation say it's an important move toward ending the AIDS epidemic by increasing access to two drugs that have proven to be highly effective.

The first one is a once-daily pill for people who are HIV negative. It's called pre-exposure prophylaxis, or PrEP. It reduces the risk of contracting HIV from sex by around 99%.

The second drug is post-exposure prophylaxis, or PEP, which is designed to be used in an emergency within 72 hours after possible exposure to the virus.

Despite the effectiveness of the drugs, The New York Times reports that most men who are at high risk of HIV don't take them, and this new legislation wouldn't overcome a major barrier: insurance. Without insurance, a full course of PEP can cost up to $1,000, and a month of brand-name PrEP sells for roughly $2,000.

At his 2019 State of the Union Address, President Donald Trump laid out his administration's 10-year goal to end the U.S.'s HIV epidemic. The plan is to use new biomedical prevention and treatment options to reduce new HIV infections by 75% in five years, and 90% by 2030.

The next month, the Trump administration requested almost $300 million for the initiative. But that same proposal has faced criticism for cutting $1.35 billion from global AIDS relief.

The plan is to get medication to the people most at risk in the U.S., focusing on 48 counties where half of new HIV cases occur. In May, the company behind PrEP teamed up with the department of Health and Human Services to donate the drug to up to 200,000 uninsured people a year until at least 2025.