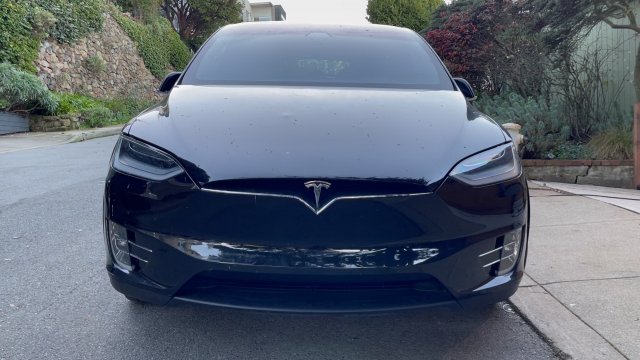 As of June of this year, California had more than 425,000 electric vehicle registrations.

Proponents of electric vehicles point to California as a golden example of what's possible when governments incentivize EVs.

As of June of this year, California had more than 425,000 electric vehicle registrations. Florida takes second place with just over 58,000. Three states have fewer than 500 EVs registered.

California has far more public charger ports as well. Around 35,000 of them. Its nearest competition is New York, which has fewer than 7,000.

Sixteen states are, effectively, charging station deserts, having fewer than 500 public chargers. Alaska, North and South Dakota, and Wyoming have fewer than 200.

But here are four reasons the rest of the country could begin catching up.

One: buyer incentives. For more than a decade, California has been doling out rebates to buyers. It currently offers up to $4,500 for the purchase of battery-electric vehicles.

As part of the "Build Back Better" plan President Biden's promoting, buyers would get a $7,500 tax credit for the purchase of EVs made in the U.S. and an additional $4,500 for those made with union labor. Both credits are controversial and may not make the final bill.

And they're on the way — $7.5 billion of the recently signed infrastructure bill goes toward buying new EV chargers.

Three: selection is increasing. Tesla's pricey vehicles have become a California status symbol. Now the car brands most popular across the U.S. are getting in on the EV action.

Ford just reported 160,000 preorders of its F-150 Lightning pickups. GM earlier this year announced that by 2035 it will produce nothing in the U.S. but electric-powered cars.

And new names are emerging. Last week Rivian, an electric vehicle company backed by Amazon and Ford, made its Wall Street debut with a $100 billion valuation, even though it's still weeks away from delivering its first vehicle. Tesla is the only U.S. car company that's more valuable.

Four: ambitious goals. California's governor last year made this declaration: "By 2035, the next 15 years, we'll eliminate the sale of the internal combustion engine."

President Biden in August issued an executive order calling for half of new cars to be electric or plug-in hybrids by 2030.

But for all its EV mojo, California can't compete with China, where, last year, 39% of all cars sold were electric.

The U.S. — where it's fewer than 2% — appears to be getting in the race to electrify.