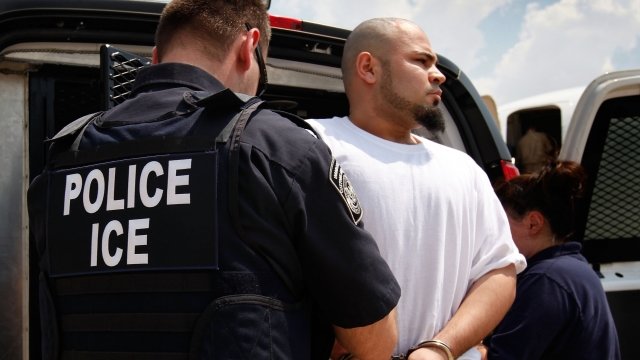 The California legislature has passed a bill to make it a so-called "sanctuary state," giving immigrants without legal status a layer of protection from federal agents.

But the bill on its way to Gov. Jerry Brown's desk doesn't go as far as the first version.

That original bill — which was opposed by the California Police Chiefs Association and California State Sheriffs' Association — would have restricted state and local law enforcement from using any resources for immigration enforcement unless the person in question has been convicted of a "violent or serious felony." 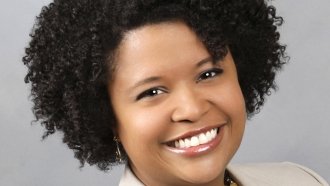 The Missouri Senate Censured A Colleague Over Her Comments About Trump

The final version of the bill expanded the list of convictions that would warrant cooperation with federal immigration agents and allows those agents to interview immigrants in custody. The compromise helped shift the Police Chiefs Association's stance to "neutral." The Sheriffs' Association is still against the bill.

State Sen. Kevin De León, who introduced the bill, said it "reflects the values of who we are as a great state." But even with the compromise, others weren't convinced. One lawmaker said the bill would cause "chaos." The Sheriffs' Association said the revised bill still went too far and could endanger public safety.

As of Saturday morning, there was no response from President Donald Trump, the White House or Department of Justice.

But the bill's passage comes as a second blow to the Trump administration's hard-line policy on illegal immigration in as many days. On Friday, a judge blocked the Justice Department's bid to withhold money from so-called "sanctuary cities" and similar juristictions.